Ruff “the Other Boss” 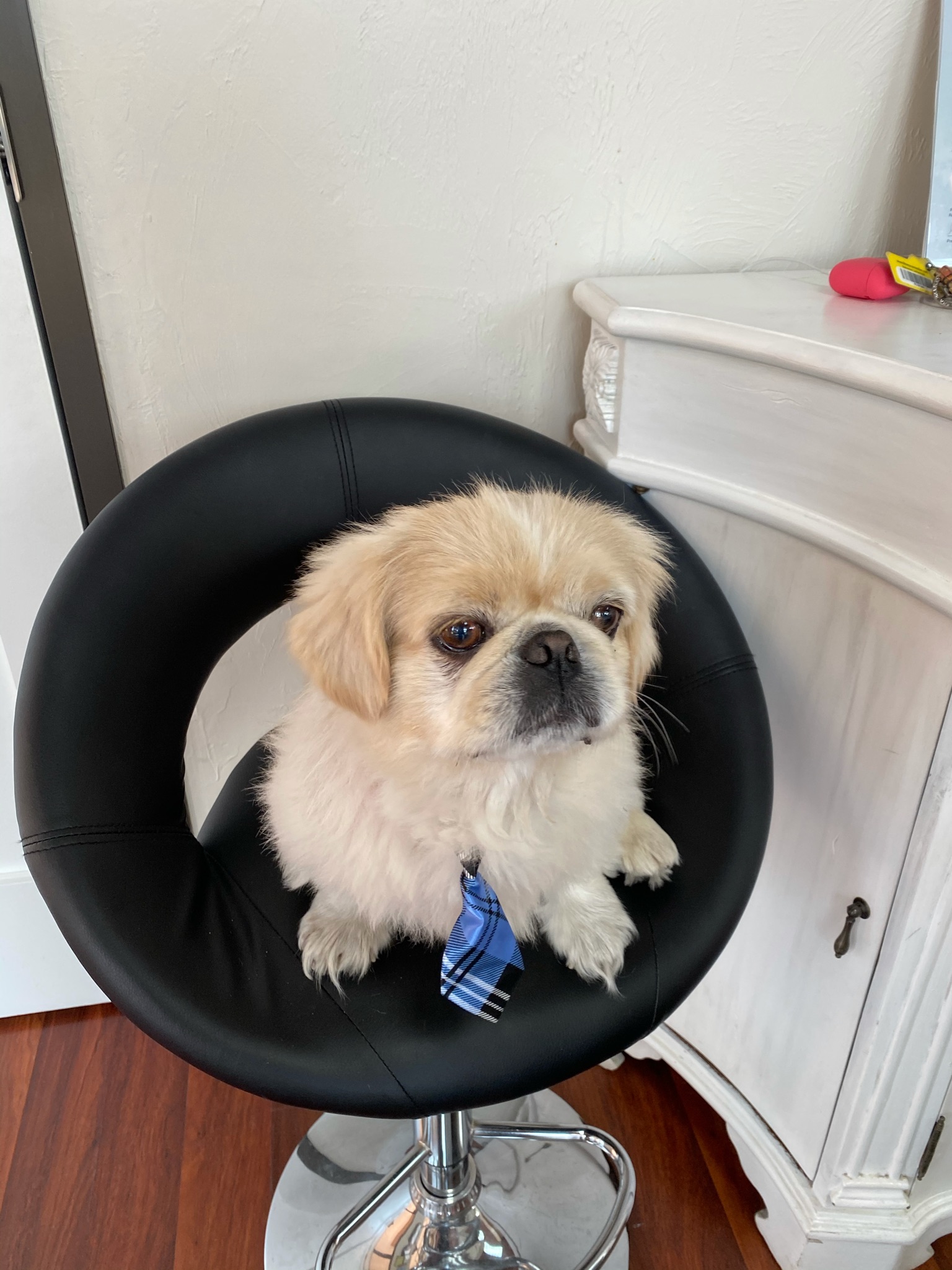 April 3,2021 was a tough day for everyone who loved this little guy so much. He was 12.5 years old and if you can count that up in dog years that would make him well 87.5 years old. That is senior if you ask me. Let us back it up though, my daughter was 4 years old when she brought home this little fur ball. To be honest, I was having surgery and her father would be taking care of her for a week, so we thought, hm what would take her mind off her mommy being gone?? A dog. This little bundle of joy came home, and he was her everything. She played with him, put him the stroller, dressed him up, and just loved on him. After her dad and I separated, I took him, but after months of arguing over many things including this little guy, I gave him up. What a difficult day, because not only was I losing the only thing I thought was cute snoring, but I was also giving up one of my babies. Every time I would go to pick her up, he would come running, and talking to me, and I would pick him up and love on him unconditionally. She would take him everywhere they went, he got married to at least 10 of her friends, she would dress him up in build a bear clothes and dresses and this little guy was a trooper. When he was about 5 years old, he was dropped by accident on his back, and that caused the beginning of the back problems for him. He would forget he had back legs but keep on going. I swear this little guy had 9 lives. So, when her dad called me in February and told me he could not keep him anymore, I was worried and secretly like “YAAASSS!!!” Finally!!  But after ten years I had three other dogs one of which is 120 lbs Presa Canario. When he finally got comfortable in the pack, he would terrorize my poor Odin chasing him around barking at him and even bit him on the foot a few times of which did not go over well in my house.

My daughter has lost her absolute best friend and I have lost my partner in crime. He will be missed terribly, but I know he is in heaven strutting around, getting treats, and giving the big dogs hell!

I love you little Handsome,